I am pleased to present to you my manuscript for Rise of the Gifted Son, a 195,000 word epic fantasy novel that is the first of an already completed trilogy containing graphic violence and adult themes. It combines all my favorite swords and sorcery tenets in a fast-paced thriller style similar to Dan Brown or James Patterson, which is uncommon in the fantasy genre. By adhering to an active voice and precise word choice, I present through action and dialogue a diverse world, complex characters, and a rich history, closely following my characters and their constant struggles without resorting to the wordy narrative common in other fantasy novels.

The story begins with Kristoph Morthine, a sellsword from a small woodland village, wandering along the city streets of Owendale. Within a few short paragraphs, he intervenes in the assault of a helpless innocent. Then, by the coincidence of a rare coin, they offend the perverse guildmaster, Handsteady Grabal. An unforgetting monk joins them, and together, the trio flees the city and soon begin their quest for vengeance.

As an interesting assortment of characters fight alongside Kristoph Morthine, the stories of several villains unfold around you. Their horrendous acts were rooted in their own sad histories, and their adventures include as much suspense and intrigue as those of the heroes who strive to end adepticide.

After leaving the civilized world, our characters explore a vast range of unpleasant places populated by dangerous creatures: bearmen hunt deep in the forest, lightning slugs race the outskirts of Darkshadow Marshes, goblins train in the depths of hidden caverns, ghosts guard an ancient crypt, a giant golem emerges from the Burning Sands, and troublesome pixies frolic across the Fae Wilds. These are a few examples of the many dangers threatening our hero.

I began writing horror, fantasy, and poetry at age eight but an interest in videogames led me to pursue computer programming and an IT career. I resumed writing a number of years ago and have completed forty short stories and three very long novels. Friends who enjoyed my work suggested that I pursue publication, so I submit to you my first novel. I hope that you enjoy it and eagerly await any criticism you might offer.

Rise of the Gifted Son.pdf 2 MB 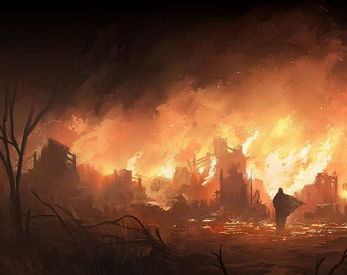